Prince Harry And Meghan Reveal Baby Sussex To The World

The Duke and Duchess of Sussex have prouldy reveal baby Sussex to the world for the first time today. This is the Photograph the world have been waiting for.

Where Baby Sussex Made His First Appearance

Baby Sussex made his first public appearance alone side Prince Harry and Meghan in the grounds of Windsor Castle.

What Baby Sussex Wore On His First Apearance

The baby was wrapped in a white shawl and wearing a white hat for his very first appearance in front of reporters and cameras in the St. George’s Hall at the royal family’s Windsor Castle seat.

Meghan Talk About Her Two Best Guy’s To The World

Meghan appeared emotional as she described how she now has the “two best guys in the world” after the birth of Baby Sussex.

“It’s magic, it’s pretty amazing. I have the two best guys in the world so I’m really happy,” she said.

Prince Harry Word’s To The World

Prince Harry, who announced his son’s birth to reporters on Monday, said everything has been great, and that “parenting is amazing.” He also added, “It’s only been two and a half days, three days, but we’re just so thrilled to have our own little bundle of joy.”

Meghan and Prince Harry confirmed they would introduce their son to Queen Elizabeth II and husband Prince Philip later today. The child is the Queen’s eighth great-grandchild. Meghan said she “cannot wait” to introduce her son to the rest of the family, The Telegraph .

When asked who the baby resembles, Harry said they would have to monitor him over the next month because “his looks are changing every day”.

About The Naming Of Baby Sussex

For now, Baby Sussex remains nameless, and the Duchess did not divulge where she gave birth. He was dressed in a white hat and matching shawl.

Thank you everybody for all the well wishes and kindness, it just means so much.”

They will now head to introduce their “bundle of joy” to the Queen and the Duke of Edinburgh.

While the Queen was expected to be the first senior Royal to officially meet the newborn, Meghan revealed how Duke of Edinburgh accidentally bumped into them while making their way to the photocall.

Prince Harry and Meghan Markle are very happy and excited to reveal baby Sussex to the world, and there said to the world that they will introduce there bundle of joy to the Queen and the Duke of Edinburgh.

Meghan and Harry, really thank everyone for the wishes and kindness shown to them. Now that baby Sussex it’s been shown to the world, every one in the world are expecting to know what will be the name of the baby.

With these Article wrriten, one can now know where baby Sussex appeared for the first time, at the St’ Georges Hall, and also what Meghan and Harry said to the world, Meghan talks about her two guy’s to the world after she reveal baby Sussex to the world. If you have any question to ask, you can make use of the comment box. We keep you updated. 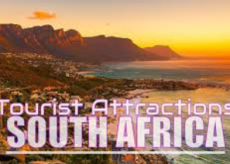